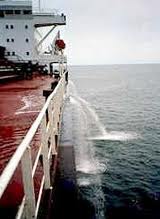 According to an internationally recognized third party study, the total market opportunity for  ballast water treatment systems is estimated to be US$1 billion to US$1.7 billion per year worldwide for the first 8 years (after IMO Convention ratification), and then is estimated to grow to a $5.3 billion revenue per year worldwide. This study estimated that about 50,000 vessels will fall under IMO mandate for ballast water treatment systems. (A Lloyds’ Classification Society report issued in 2010 confirmed this number of vessels.)

The driving force of this potential  market is the impending mandate by the International Maritime Organization (IMO) to mitigate economic and ecological damage, which is caused by contaminated ballast water (used to stabilize ships). The current ballast water transfer of aquatic species between geographic regions destroys local and regional coastal and waterway ecosystems and has an estimated multi-billon dollar negative economic impact and long term ecological cost.

This ballast water treatment issue is governed globally by International Maritime Organization (IMO) of the United Nations. The IMO has been working to enact global regulations on a slow but steady pace. Once ratified, the IMO Convention will require shipping vessels of all fleets to add systems to address the ballast water problem for both existing and new buildings ships. The IMO Convention will enter into force 12 months after ratification by 30 States, representing 35 per cent of world shipping deadweight tonnage. As of July 2011, a total of 28 states have ratified the IMO Convention – representing 25.43% of the world merchant shipping tonnage. Full force ratification is now  very close.

Meanwhile, individual nations (like Brazil) and states (like California)  have issued their own regulations – which cause challenges for shipping companies to plan and manage to various standards. There is an urgent need for final ratification of the IMO Convention to be established as the one uniform global standard to alleviate confusion and compliance costs. In the United States, the United States Coast Guard has been working with the U.S. Environmental Protection Agency’s Environmental Technology Verification (ETV) protocol for certifying ballast water treatment systems throughout the country. 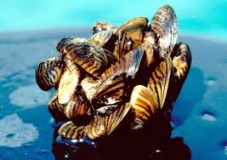 The market driver here is the recognized problem in the United States and worldwide of Zebra mussels and Quagga mussels and the need to protect or treat water systems for elimination and removal. These mussels were not indigenous to the United States and Canada, but were first introduced into the Great Lakes via ballast water discharge from water loaded in Europe. Over the past twenty-seven years these mussels have spread throughout the United States and have contaminated lakes and rivers from Lake Champlain in the East to the Columbia River in the West. Having no natural predator, these mussels grow at will and have caused billions of US dollars in damage to industries to clean both intake and discharge piping. There are no current or anticipated regulations. Thus, business and government operators are driving demand for a solution to the mussel problem.

For mussel prevention, target customers segments include: dams, fish hatcheries, power plants and other industrial plants that intake water for cooling and other processing needs. As for dams, the US Bureau of Reclamation has more than 600 dams and reservoirs – including the Hoover Dam on the Colorado River and the Grand Coulee on the Columbia River. In the United States, there are hundreds of hatcheries, nearly one thousand power plants and tens of thousands of industrial plants.